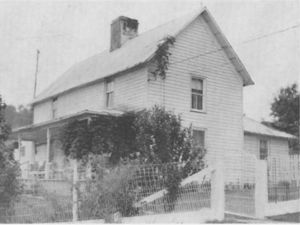 ichard "Dixie" Cheek was the oldest son of Chesley and Phebe Cheek of Alleghany County, NC.  He married Martha "Patty" Jennings on or about January 28, 1857, and proven by their marriage bond.  Richard, Patty and their family lived in the Vox area of Alleghany County adjoining the the lot belonging to the Pleasant Home Church.  (View map.)  The house he built stood until the early 2000's when it was torn down by the landowner.  Richard also owned land in the Crab Creek area which he inherited from his father.

Richard served in the Civil War for two years and lost the little finger of his left hand at the battle of Drewry's Bluff in May 1864.  He was reported absent without leave on July 10, 1864, the day after the first Battle of Petersburg.  Like many soldiers, he probably deserted due to the appalling conditions of warfare and crisis on the home front.  His father had been murdered, allegedly by "bushwhackers," in April 1864, leaving his mother and three unmarried sisters alone and without protection during a time of violence, political instability and economic collapse.  Both of "Dixie's" brothers also served in the war and fought at Petersburg: Abner was wounded in the lung on July 16, 1864, and died in the hospital on July 31st; William was taken prisoner on July 30, 1864.

Note: Alleghany County was created from Ashe County in 1859.

)  Note: he is listed between CHIS. CHEEK and LEVI WILLIS (WILLEY). 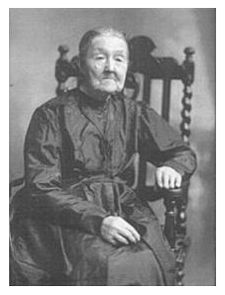