illiam Cheek of Warren Co., NC, was the oldest son of Richard "of Beaufort" Cheek and is named in Richard's 1743 will. It is not clear exactly when he was born -- 1720 is a rough estimate. He first appears on a tax list in Granville Co., NC, in 1749. He married Sarah BLAKE of Granville County, NC, prior to Mar. 1755 when her father William Blake deeded 250 acres on Fishing Creek to "William Cheek who intermarried with my loving daughter Sarah." (Granville Deed Book B, p.483.) This area became part of Bute County in 1764 and Warren County in 1779. Records indicate that William's land was located in the vicinity of Wolfpit Branch of Fishing Creek, which is about 8 miles southeast of Warrenton. View a Google map.

Some sources also include a son, William CHEEK who died 1780, and an unknown daughter who married Henry JACKSON. Verification is needed.

Note: St. George's Parish was located in the upper part of Spotsylvania that became Orange County, VA, in 1732. This may be the very first record concerning William and his brother Richard Cheek Jr., although they must have been quite young at the time. It is possible that Richard Sr. was using his underage sons to secure rights to free land in Spotsylvania County. At the time, the Virginia goverment was waiving land patent fees in Spotsylvania in order to encourage settlement. This patent was taken over by Henry WILLIS on June 10, 1737, "Richard CHEEK and William CHEEK having failed to make such Cultivation and Improvements" as required by the original grant. (VA Patent Book No. 17, p.360.) Henry Willis was a neighbor of Richard Cheek, Sr. (See VA Patent Book No. 14, p.29.) The Cheek family left for North Carolina around 1730, which would explain why the property was abandoned.

Geographic Note: Granville County was formed from Edgecombe County in 1746.

Mar. 1754. Bladen Co., NC. William CHEEK "late of the County of Granville . . . otherwise called William CHEEK of Bladen County" was sued for a debt by John PETERSON (or PATERSON). The action alleged that on Oct. 24, 1746, in the County of Granville, William CHEEK had obliged himself to pay John PETERSON on demand £9, 3 shillings. On the reverse of the record is written, "Paterson vs Cheek. Naro. Copy, To Jones Attorney. 640 acres of Land upon the South Side of Tar River begining at a Beach on the river bank then So.45E 320 poles to a white Oak then N.45E 320 poles to a red Oak then N.45W 320 poles to the river then S.45W up the River." (Source: Salisbury Dist. Superior Court, Civil Actions Concerning Land, General Court 1754, NC Archives Folder D.S.C.R.207.325.6.) Click here for a transcription posted on Rootsweb

Nov. 28, 1754. Granville Co., NC. William CHEEK is on a muster roll of the militia company under Capt. William HURST. The Captain notes that he has 39 men, besides officers, "But few fitted with Arms. Arms and Ammonition none." (Colonial Records of NC, Vol. 22, p.367.)

Mar. 17, 1761. Granville Co., NC. William CHEEK is mentioned in a deed as a neighbor of Philemon HAWKINS and Charles BARTHOLOMEW on the north side of Fishing Creek. (Granville DB 4, p.265.) 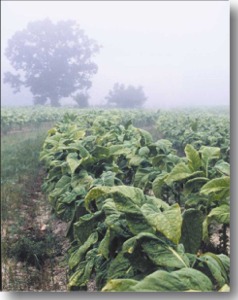 Geographic Note: Bute County was formed from Granville County in 1764.

May 1769. Bute Co., NC. Ordered that the hands formerly working under Isaac HUNTER living on the North side of Fishing Creek do work on the old road that CHEEK was formerly overseer of leading from Solomon ALSTON's to Fishing Creek bridge, and that William CHEEK be Overseer and that he Immediately repair the Same. (Holcomb, Bute Court Minutes, supra, p.49.)

Feb. 11, 1772. On the Petition of John Austin FINNEY for Leave to Erect a Grist Mill on Fishing Creek Ordered that the County Surveyor in Company with Peter DAVIS, Francis CAPPS, John DINKINS & William CHEEK lay off and Value one Acre of Land on Each side the said Creek where the Petitioner intends to Erect his said Mill under their hands & seals, and report the same to the next Court. (Holcomb, Bute Court Minutes, supra, p.124.)

July 8, 1775. Bute Co., NC. William CHEEK served on the Bute County Committee of Safety and signed an oath that he would "endeavour to execute the Measures which the general Congress now sitting at Philadelphia may conclude for the preservation of our Constitution & opposing the Execution of the Several Arbitrary, & Illegal Acts of the British parliament".  [Note, the Committees of Safety were formed during the Revolutionary War to raise the militia and generally oversee matters of public safety and security.]  On Aug. 5, 1775, William Cheek signed an oath to "to hold our Selves in readiness to March to any part of this prov[ince], So. Carolina, or Virginia in defense of our Violated Rites and privileges." (Bute County Committee of Safety Minutes 1775-1776, pp. 27, 29.)

Feb. 13, 1777. Bute Co., NC. William CHEEK is appointed overseer of the road from Solomon ALSTON's to Fishing Creek bridge and that he keep the same in repair with the hands usually working thereon. (Holcomb, Bute Court Minutes, supra, p.237.)

Note: Bute County was abolished in 1779 and split into Warren and Franklin Counties.