razure Cocke was the fourth son of Capt. Thomas Cocke and Mary Brashears of Henrico County, VA.  The Cockes were a very prominent family in the early history of Virginia.  See, e.g., "Genealogy of the Cocke Family in Virginia," Genealogies of Virginia Families from the Virginia Magazine of History & Biography, Vol. II (Gen. Pub. Co., 1982), p.93 et. seq., and "Concerning the Origin of the Cockes of Henrico", Genealogies of Virginia Families from the William & Mary College Quarterly Magazine, Vol. II (Gen. Pub. Co., 1982), p.34.

Brazure's great-grandfather, Richard COCKE (c.1600-1665) arrived in Virginia prior to 1632 and settled on the James River, near present-day Richmond.  Some researchers believe that Richard Cocke came from the town of Pickthorne, located in Stottesdon Parish, Shropshire

, England.  One of Richard's sons, Col. Thomas Cocke (c.1638-1697), named his home "Pickthorne Farms," perhaps in memory of the family's ancestral village.  There was a Cocke family in Pickthorne, Shropshire, around the time that Richard Cocke emigrated.  In addition, Richard Cocke's plantation on the James River (see VA Patent Book No.1, p.707) was known as Malvern Hill.  It must have reminded someone of the Malvern Hills

in England, which are only a few miles from Pickthorne.

According to "Names and Places in Henrico County"

by the Henrico County Division of Recreation & Parks, 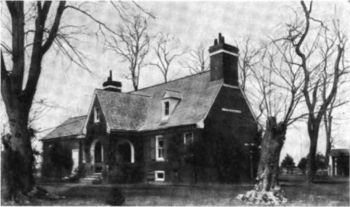 "Malvern Hill was first owned by Richard Cocke, who settled at Point Bremo, which is now part of the Curles Neck Farm.  Cocke acquired a great deal of land in Henrico County and one such tract of land was Malvern Hill.  He gave Malvern Hill, which he named because it reminded him of the Malvern Hills in England, to his son, Colonel Thomas Cocke.  The ruins of a house on Malvern Hill today are said to be the last remnant of the house that Thomas Cocke built there."  View a Google map.

The Marquis de Lafayette camped at Malvern Hill in July-August 1781. During the Civil War, General Robert E. Lee attacked Major General George B. McClellen's Union Army of the Potomac at Malvern Hill as it retreated to the James River from the gates of Richmond.  The Malvern Hill House survived the battle as a Federal headquarters, but burned down in 1905.  Only the ruins of the chimney and foundation are left today. 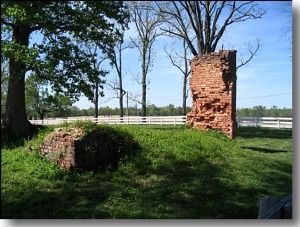 Ruins of the Malvern Hill house
Photo by R. Moon, 2007

) and "The Brasseur Tree"

Brazure COCKE's father, Capt. Thomas COCKE, died in 1707 at only about 45 years of age.  His will names his (second) wife Frances, his daughters Mary and Elizabeth, and four sons: Thomas COCKE, James Powell COCKE, Henry COCKE, and "Brassiur" COCKE.  "Brassiur" (Brazure) was the youngest, probably about 13 years old at the time of his father's death.  He received 2 tracts of land totalling 1,650 acres.  In all, Capt. Thoms COCKE devised about 6,000 acres of land.  His will also makes referance to numerous slaves, horses, and valuable personal property.  (Genealogies of VA Families from the VA Mag. of Hist. & Bio., supra, Vol. II, pp.114-115; see also Henrico Co., VA, Wills & Deeds, 1706-1709, p.24.)

According to Genealogies of VA Families from the VA Mag. of Hist. & Bio., supra, p.129, Brazure moved to Williamsburg, James City County, VA, around 1730 and can be found there as late as 1753.  He subsequently moved to Brunswick Co., VA, where he had purchased land in 1750, and died testate in 1770 (see below for additional details). 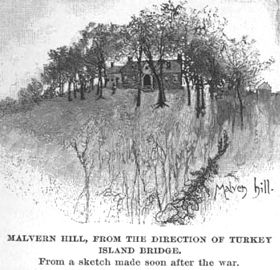 Mar. 1, 1743/44, Goochland Co., VA. Brazure COCKE patented 400 acres in Goochland County beside Green Creek off the Appomattox River, adj. John COOKE and Joseph WOODSON. (Virginia Patent Book No. 22, pp.50-51.) [Note: this area became part of Cumberland County in 1749. It isn't clear whether Brazure actually moved to Goochland County; the land may have simply been an investment. However, many of Brazure's relatives were leaving Henrico County during this period.]