acob Crouse (c.1775) of Ashe (Alleghany) County, NC, was the son of Johann Wendel KRAUS and Anna Marie PFEIL of Stokes County, NC.  The Krauses were Pennsylvania Germans originally from Lancaster County, PA.  They migrated to North Carolina in the early 1770's and settled near the Moravian settlement of Wachovia.  Their surname is spelled various ways in early records, including Krouse, Krows, Crows, Crowse, and Crouse.  In the 1790's, Jacob Crouse and his brothers Henry Crouse and Adam Crouse moved across the Blue Ridge into what was then the western part of Wilkes County (later Ashe, later Alleghany County). 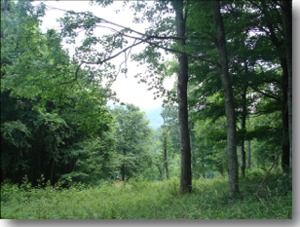 1803. The estate of Wendel KRAUS was administered in Stokes Co., NC. The estate file contains a list of people who owed money to Wendel Kraus at the time of his death. Adam Crouse and Jacob Crouse are each listed owing $127 for 200 acres of land (each).

May 1809. Ashe Co., NC, Court Minutes: Jacob CROWS [CROUSE] & others ordered to view and lay off a road "from the Elk Spur Road to the North Carolina line in a direction to Point Hope Furnace to turn off at Frank BRYANS then the nearest and best way to the Virginia line to go to the furnis on Peach Bottom."

The older Jacob CROWS on p.28 is the only one who is the right age to be Jacob CROUSE (c.1775).  He is listed next to David CROWS, probably his son.  The younger Jacob CROWS who appears on p.28 is probably Jacob A. CROUSE (c.1793) who married Nancy FENDER, daughter of Nimrod Fender (who is also listed on p.28).  Jacob A. Crouse is believed to be a son of Adam CROUSE, who was the brother of Jacob Crouse (c.1775).  It can be challenging to separate all of the different Jacob Crouses in Ashe and Alleghany County.

Note: Jacob Crouse probably died before 1840.  His widow, Sally CROUSE (age 60-69) is listed in the 1840 census of Ashe County.  Her name is next to the name of James ANDERS, probably her son-in-law James Carr ANDREWS (m. Elizabeth Crouse).