Origin of the Cheek & Chick Surnames

he origin of the Cheek surname has often been a subject of speculation and debate.  Many Cheek families in the United States have stories about an Native American ancestor, possibly a Cherokee, who left North Carolina prior to the Trail of Tears.  Unfortunately, there is little evidence of Native American ancestry in the Cheek family, and I think these stories have to be taken with a grain of salt.  My grandmother's maiden name was White, and after she married, she went by the name Frances White Cheek.  Not surprisingly, people used to ask her if she was an "Indian" (people did not use the term "Native American" in those days).  We know she wasn't, but in a hundred years, if all other records were lost, who could say?

The truth is, "Cheek" and its cousin, "Chick," are found in English records dating back hundreds of years.  These names probably originated in southern England sometime during the Middle Ages when people first started using surnames.  Today, "Chick" is rarer than "Cheek," but both spellings can be found in early records.  Other variations include Cheak, Cheeke, Cheke, and Chich.

Before 1700, the Cheek and Chick surnames were most common in the historic region of Wessex, particularly in the counties of Devon, Dorset, Somerset, and Hampshire, and on the Isle of Wight.  Scattered examples can also be found in South East England, the West Midlands, and East Anglia.  There is little historical evidence of persons named Cheek or Chick in northern England, Scotland, Wales, or Ireland.

There's no doubt that "Cheek" and "Chick" are very closely related names.  In Middle English, which was spoken in England from the 11th to 15th centuries, the letter "i" was pronounced with a long "ee" sound, as it still is in Latin, Spanish, and Italian.  As a result, the word "chick" would have sounded a lot like we say "cheek."  Spelling can be very deceptive.  According to the Oxford English Dictionary, the word "chick" (chicken) was originally spelled "chike," "chyke," "cheke," or "chicke," while the word "cheek" (the part of the face) was spelled "cheke," "choke," "chyke," or "chike."

The conclusion?  At one time, the words "cheek" and "chick" were virtually indistinguishable!

It's important to keep in mind that standardized spelling is a fairly recent development in the English language.  Five hundred years ago, even well-educated people did not spell their own names consistently.  Shakespeare spelled his name many different ways, sometimes using several different spellings in the same document.  And most people, of course, were illiterate; their names were recorded by ministers, court clerks, and other officials who just wrote down what they heard.

Due to this confusion over spelling and pronunciation, it's difficult to interpret the original meaning of the Cheek and Chick surnames.  Many English surnames began as nicknames that describe physical characteristics, such as White, Brown, Black, Big, Little, and Strong.  Other surnames are patronyms ("son of"), like Johnson, Thompson, Edwards, Williams; or refer to occupations, like Miller, Taylor, Farmer, Smith; or places, like London or Winchester.  Unfortunately, "Cheek" and "Chick" don't fall into a clear category.  A cheek?  A chicken?  A place?  Or maybe something else entirely? 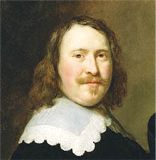 Some of the most common surnames in the English language are descriptive.  There are even a few odd surnames that refer to body parts, such as Head, Hand, and Foot.  So, maybe "Cheek" literally means "cheek."  The first Cheek may have had a prominent facial feature like a scar, round cheeks or a large jaw.  This is the explanation given in Dictionary of American Family Names (Oxford Univ. Press.)

According to A Dictionary of English and Welsh Surnames by Charles Wareing Bardsley (1901), the surname "Chick" comes from the word "chicken."  Like the name "Cocke," it might have evolved as an affectionate or humorous nickname for a man with red hair or a plucky attitude.  But the earliest examples that Bardsley cites, such as Walter Chike at Oxford College (1273) and Thomas Chicke of Somerset (1327), were probably pronounced like "cheek," because the letter "i" in Middle English had a long "ee" sound.

The Cheek family of Debenham, Suffolk, had a rooster on their coat of arms, which might be a pun on the similarity of the words cheek and chick.  Visual puns were common on coats of arms, although we may miss the joke today because of changes in pronunciation.

In the book Patronymica Britannica (1860), the British historian and folklorist Mark A. Lower claimed that the surnames Cheek and Chick both refer to the parish of Chich in Essex.  Regional surnames often come from the names of local places, and Cheek and Chick are highly regional.  The parish of Chich is definitely one possibility.  However, the Cheek and Chick surnames were historically most common not in Essex, which is in southeastern England, but in southwestern England, in the region known as Wessex.  Looking at a map, we find several Wessex towns and villages with names like Cheek or Chick, including Chichacott and Chickston in Devon, Chickerell in Dorset, Chickwell in Somerset, and Chicklade in Wiltshire.  And there are similar names in other parts of southern and central England as well (see map, below).

Of course, this just raises another question: where did the Cheek and Chick placenames come from?  The correct answer might involve several different Celtic or Anglo-Saxon words and personal names.  However, there is an interesting clue in the Cornish language, which is closely related to the ancient Celtic languages once spoken in southern England before the invasion of the Anglo-Saxon tribes.  The word chy in Cornish means "house." Chy is the root of many placenames in Cornwall, such as Chycoose ("wood house") and Chegwidden ("white house").  (See A Glossary of Cornish Names by Rev. John Bannister (1871).)  The word keas in Cornish means "enclosed by a hedge."  Put together, chy-keas ("cheeks") could mean a house surrounded by a hedge, i.e., a fortified house or homestead.  Hedges were a common type of defensive fortification in the British Isles.  The word for a fortified house in Anglo-Saxon (Old English) was tun, which became the word "town."  Ironically, the ultimate origin of our unusual (if not peculiar) surname may be an everyday Celtic word for the simplest of things, a house!

Although I personally favor the placename theory, it's possible that the Cheek and Chick surnames evolved more than once, in different parts of England.  Therefore, all of the above theories are potentially true.  We may never know for sure.

The above map was created using English parish and probate records and other sources available on Ancestry.com

, as well as information in The Cheek Family Chronicles 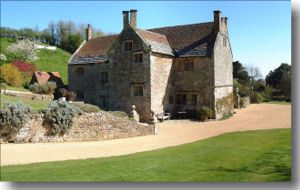 Records of the Cheeks go back more than 700 years on the Isle of Wight.  They owned Mottistone Manor from 1425 to 1621 and also held estates at Whippingham and Merstone.  Some members of the family relocated to Essex and Suffolk counties in the 1500's.  One notable member of this line was Sir John Cheke (1514-1557), a famous scholar who taught Greek at Cambridge University and served as a tutor to the young Prince of Wales, later King Edward VI.

According to The Cheek Family Chronicles by Jeff Williams, the Isle of Wight Cheeks are descendants of a legendary ancestor, "Hugh de-Cheke-on-the-Hill," who came to the Isle of Wight from Northamptonshire in the 1200's.  A slightly different account appears in the Herald's Visitation of Essex (1634), which states, "This family in former times was of Northamptonshire and surnamed de BULE VILLAR of whom was Sir William BULEVILLAR knight whose descendants are commonly called CHEEK."  Villar or Villard is a common French surname which comes from a word for house (villa).  Bule or Bulle may be a placename.

The Historic Peerage of England by Sir Harris Nicolas (1857) describes an ancient family named CIOCHE or CHOKE who held estates in Northamptonshire, Hertfordshire, Gloucestershire, and Bedfordshire in the 12th-13th centuries.  Descendants may have included Sir Richard CHOKE (d. abt. 1483) of Long Ashton, Somerset, as well as the CHOKE (a.k.a. CHALK or CHAKE) families of Abingdon, Berkshire.  Another aristocratic family with ties to Northhamptonshire are the CHICHELEY's, often pronounced "Chickley", who were the descendants of Thomas Chichele of Higham-Ferrers.

The possible relationship between the various families of Cheeks, Chicks, Chickleys, Chokes and Chalks in southern England is interesting, but needs further investigation.

The Cheek/Chick surnames have never been very common outside of a few places like the Isle of Wight in England, and parts of North Carolina.  According to recent census data, there are only 4,200 people in the United Kingdom named Cheek or Cheak, and 1,300 named Chick, out of a total population of 58 million.  The 2000 U.S. census recorded approximately 22,000 instances of Cheek, Cheeks, and Cheak, and 5,800 of Chick and Chicks, out of a population of 281 million.