ichard Cheek, Jr., b. abt. 1720, was probably the second eldest son of Richard "of Beaufort" Cheek.  Richard Jr. or "Richard Cheek of Chatham" moved to Granville County, NC, around 1748, where he obtained land on the north side of Fishing Creek in the vicinity of Reedy Branch (now Warren County).  He was in the Buckhorn Creek/White Oak Creek area of Orange (later Chatham) County, NC, by 1767.  This is now the Harris Lake Reservoir.  Richard's date of death isn't known, but records indicate he was still living in Chatham County in 1770 and perhaps later, although later records might actually refer to his son.

Richard Cheek's descendants are unknown.  His sons Richard and William seem to have left Chatham County.  Although in later years, there were a number of Cheek families in Chatham County, most of these were descendants of Randolph Cheek of Moore County, NC.

It's possible that Richard Cheek and his family moved to Surry Co., NC.  On Feb. 18, 1775, the Sheriff of Surry County sold a Negro man named Peter from the estate of Richard CHEEK, to satisfy a claim by Burrell WILLIAMS vs. COBB and Richd. CHEEK in Chatham Co., NC. (Surry Co., NC, WB 1, p.40.)  There are a couple more records of a Richard Cheek in Surry County through 1785 -- maybe the son of the Richard who was deceased in 1775?  There is also a record of a William Cheek who was dismissed by the Westfield Monthly Meeting (Quakers) in Surry County in 1792 for marrying out of unity.  Click here for more info about the various Cheek families in Surry, Yadkin, and Wilkes Counties, NC..

Note: St. George's Parish was located in the upper part of Spotsylvania that became Orange County, VA, in 1732.  This may be the very first record concerning William and his brother Richard Cheek Jr., although they must have been quite young at the time.  It is possible that Richard Sr. was using his underage sons to secure rights to free land in Spotsylvania County.  At the time, the Virginia goverment was waiving land patent fees in Spotsylvania in order to encourage settlement.  This patent was taken over by Henry WILLIS on June 10, 1737, "Richard CHEEK and William CHEEK having failed to make such Cultivation and Improvements" as required by the original grant.  (VA Patent Book No. 17, p.360.)  Henry Willis was a neighbor of Richard Cheek, Sr. (see VA Patent Book No. 14, p.29).  The Cheek family left for North Carolina around 1730, which would explain why the property was abandoned.

Geographic Note: Granville County was formed from Edgecombe County in 1746.

Sept. 3, 1751. Granville Co., NC. Richard CHEEK and others ordered to lay out a road in the most convenient way out of Stone House Road near Butterwood Swamp thence over Little Fishing Creek near Capt. YOUNG's thence over Fishing Creek near BLAKE's, thence to the Shocco Road near the bridge at Mr. JONES. Richard CHEEK to be overseer from Stone House Road to the Beaver Dam Swamp. 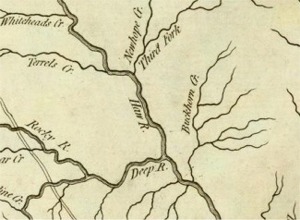 May 1767. Orange Co., NC. Richard CHEEK & others ordered to view and lay out a road from William BRASWELL's ferry on Cape Fear to HAMILTON' store on Crab Tree Creek. (Orange Court Minutes.)

May 1, 1768. Letter from Col. Fanning to Mr. Jacob FUDGE, Hillsborough, North Carolina, 1st May, 1768. "I am pleased with your pacific, prudent and orderly conduct since I last saw you, and convinced from thence that you are a man of sense and reason, and therefore should be glad to see ye, Mr. Richard CHEEK and Mr. Benjamin SAXON in Town on Tuesday next without fail. You shall be used and treated kindly and civilly, and I am hopeful, by your and other Gentlemens' conduct, there will be no more tumultuous riots and Assemblies had or instances of open and lawless violence committed". Published in William Edwards Fitch, Some Neglected History of North Carolina: Being an Account of the Revolution of the Regulators and of the Battle of Alamance (Neale Pub. Co., 1905), p.155.

Aug. 1768. Orange Co., NC. Richard CHEEK signed a Regulator Advertisement (petition). The line after Richard CHEEK's name states, "a Dutchman," but it is not clear if this is intended to refer to Richard CHEEK, or perhaps to the next name on the list, Charles SAXON. The other men signing the Advertisement were Francis DORSET, Wm. PAINE, Peter CRAVEN, Jacob FUDGE, and Ninian Bell HAMILTON. (Source: John Hill Wheeler, Historical Sketches of North Carolina, Vol. II, Alamance County, p.14 (orig. pub. 1851; reprinted by Regional Pub. Co., Baltimore, 1974). Hamilton, Craven, and Paine (Payne) were three of the principal leaders of the Regulator Rebellion in Orange County.

Dec. 5, 1770. A bill to organize a new county of Chatham was introduced in the NC Assembly. Richard CHEEK, Edmund FANNING, Mark MORGAN, Richard PARKER, and Stephen POE were appointed to a committee for the employment of workmen to build a courthouse, jail, and stocks. (Walter D. Siler, A History of Chatham County, North Carolina (1931).) 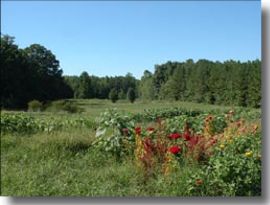 Geographic Note: Chatham County was formed from Orange County in 1771.

Note: the above transaction suggests there was a connection between the Cheek family of Chatham County and a Richard Cheek who was in Surry County from 1774 to 1785.  Click here for more info about the Cheeks of Surry Co., NC.

May-Nov. 1782. Richard CHEEK is listed among 27 Loyalists who faced criminal charges in Chatham County, NC, after the Revolutionary War.  The men were found guilty and ordered to pay a fine.  (Shuttle and Plow: A History of Alamance County, NC by Troxler & Vincent; thanks to Charlie Cheek for discovering this information!)  There is also a Richard CHECK, private, on a muster roll of a Loyalist company, Capt. Robert Gillies' Troop of NC Independent Dragoons, stationed at John's Island, SC, Oct. 24, 1781; he was paid for 61 days, Oct. 25-Dec. 24, 1781.  (Loyalists in the Southern Campaign, Vol. I.)  Although Richard Cheek participated in the Regulator Rebellion in 1768 (see above), this does not necessarily mean that he would have supported the War for Independence.  Some Regulators just wanted to reform the system, not abolish it.  It is also possible that a different Richard Cheek in Chatham County was the Loyalist.  Richard Cheek born about 1720 was probably too old to be a soldier in the Revolution, but his son Richard born in the 1750's could have served.