Richard Cheek, Sr., possibly a son of John CHEEK, Sr. (although this is debated), was born around 1680-1690 (rough estimate) in Old Rappahannock (Essex) Co., VA, and died 1745 in Beaufort Co., NC. He married Jane, possibly RANDALL or RANDOLPH.

ichard Cheek, Sr., and his family migrated from Spotsylvania County, VA, to North Carolina sometime between 1730-1732 and settled on the Tar River in Beaufort County. I like to call him as "Richard of Beaufort" in order to distinguish him from all the other Richard Cheeks in North Carolina. The first names Richard, Robert, James, William, and John were extraordinarily common in the Cheek family.

DNA testing of several Cheek descendants has proven that Richard "of Beaufort" was closely related to John Cheek "of Essex."  It is possible, however, that Richard was John's cousin or nephew rather than his son. DNA testing cannot pinpoint a specific ancestor, although it can show whether two people had a common ancestor within a certain time frame. The probability that the modern-day descendants of John "of Essex" and Richard "of Beaufort" had a common ancestor within the last 300 years is around 90%-95%.

In any event, Richard "of Beaufort" Cheek appeared in St. George's Parish, Spotsylvania County, by 1724, where he obtained land on a creek then called the "Nussaponnack Run," now known as Massaponax Creek. It is near the city of Fredericksburg, VA. Richard lived there until 1730-1732. He seems to have been a moderately well-off "planter" or landowner, doubtless growing tobacco. He served as a Deputy Sheriff in 1726 and 1727 and his name appears frequently in the Spotsylvania court records, generally as a party to lawsuits (American colonists were notoriously litigious), or in connection with his duties as Deputy Sheriff.

In April 1729, we come across a somewhat shocking record that Richard Cheek had been arrested for burning down the dwelling house of a local lawyer named Moseley Battaley (Bataille). He was ordered to stand trial in Williamsburg. (Spots. Order Book 1724-1730, Part III, p.293, 295, 296, 301, and Part IV, p.371.)  THIS MAY HAVE BEEN A DIFFERENT RICHARD CHEEK (see below), perhaps the younger Richard Cheek JR. Unfortunately, the records of the trial have not survived.

What can we make of these events?  The political situation in Spotsylvania County in 1729 was even more tumultous than usual for a frontier settlement. The county's founder and namesake, Alexander Spotswood

had just returned from several years in England and discovered that his 80,000-acre plantation and ironworks were in disarray, with valuable property and indentured servants gone missing. It is possible that Richard Cheek, as a Deputy Sheriff, was caught up in the ensuing controversy. Richard's fellow Deputy Sheriff, Edward Wingfield, was arrested around the same time and broke out of jail. A Richard Cheek was also a neighbor and close associate of Larkin Chew, a prominent citizen of Spotsylvania County who happened to be involved in a long-running feud with Alexander Spotswood. Five years earlier, Larkin Chew had accused Spotswood of misappropriating colony funds, and Spotswood denounced Chew as a "base drunken infamous Fellow" who "had the insolence in his drink to lay violent hands on me, and collar me at my own door before my Servants." (See Holy Things and Profane: Anglican Parish Churches in Colonial Virginia by Dell Upton (Yale Univ. Press, 1997), p.24.)

Longtime Cheek researcher Forrest King believes there were in fact 2 different Richard Cheeks in Spotsylvania, and that Richard "of Beaufort" was not the arsonist. If you study the court records, one Richard Cheek was in the goal by Mar. 30, 1729, his petition for a retrial was rejected, and expenditures were made on him through Feb. 3, 1729/1730. In the meantime, a Richard Cheek appears several times in court including with wife Jane.

The Cheeks move to North Carolina

Richard Cheek and his wife sold their land in Spotsylvania County in 1730, and by 1732 they were in Edgecombe County, North Carolina. For years, European settlers had avoided North Carolina as an abode of pirates and hostile Tuscarora Indians. But conditions in the colony had become more favorable by the 1720's. To reach North Carolina, the Cheeks probably traveled the great overland route known as the "King's Highway," which would have taken them on a journey of over 250 miles from Fredericksburg, VA, to New Bern, North Carolina. No one knows for certain why Richard and his family decided to leave Virginia for the North Carolina wilderness. However, the political turmoil in Spotsylvania County is a possible explanation. 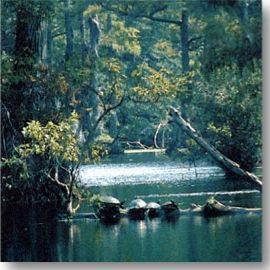 eligion may also have played a role in the Cheek's decision to immigrate. We know that at least some of Richard's children were Quakers. The Society of Quakers gained many converts in the Tidewater region of Virginia in the early 1700's. Unfortunately, religious dissenters were not particularly welcome in Anglican Virginia, and Quakers in particular left in large numbers to escape religious persecution, and because of their opposition to slavery. One early Quaker settlement (1720) was on the Albemarle Sound in the northeast corner of North Carolina. Later, in the 1740's, the Earl of Granville encouraged Quaker migration by offering inexpensive land grants in North Carolina's Granville District. Colonial proprietors needed to attract settlers in order to generate tax revenue, and they often promoted frontier territory to groups who were unpopular in other areas.

In 1737 and 1738, Richard Cheek obtained land on the north side of the Tar River at the border of Beaufort and Edgecombe Counties, "near the south swamp of the Coneghta" (Conetoe). He built a mill on a creek that is still called Cheek's Mill Creek. The creek is located in present-day Pitt County at the Edgecombe county line, about halfway between the cities of Tarboro and Greenville, NC.

Richard's wife Jane is often identified as Jane RANDLE or RANDOLPH. According to an unpublished manuscript at the North Carolina Archives by Cecil E. Burney, dated Mar. 1, 1967, "While it has not been established, some genealogists believed that Mrs. Richard Cheek had been a Randolph of Virginia and that she named [her son Randolph] for her family."  Researcher Larry Cates thinks Jane might have been a daughter of John Randle, Sr. of New Kent County, VA, and a sister of Josiah and John Randle of King William County. John Randle may be the person who was imported by Thomas Glascock (Glasscock) for land on the north side of the Rappahannock on Morattico Creek prior to 1662. There is one entry for his daughter Elizabeth, recorded in St. Peter's Parish (New Kent, James City Co., VA), who was baptized June 13, 1686. There is also an Alexander RANDLE (Randol, Randall) who lived on the Tar River near the Cheeks in North Carolina.

Richard Cheek of Beaufort County, NC, wrote his will on Sept. 29, 1743, prior to a trip to South Carolina. It was recorded in Beaufort County on Apr. 30, 1745. (Will Book N, p.144.) The will names his Jane and nine children, William, Richard, Elizabeth BURNEY, Jane, John, Robert, James, Randolph, and Ann. The witnesses were Robert Cheek, William Hix, and John Thigpen. Richard's son Robert was under age 14 and a beneficiary of the will, so this might be another Robert Cheek; possibly a brother of Richard who was also going to South Carolina?  On the other hand, people in those days often drew up their own legal documents without an attorney, and it is not unusual to find a beneficiary serving as a witness. 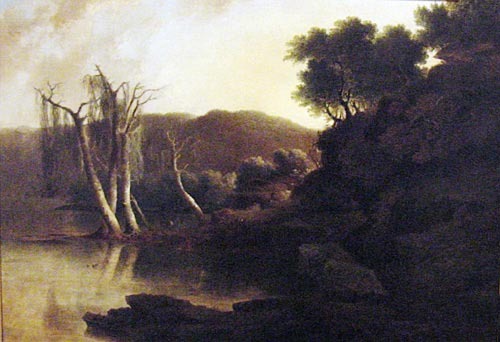 The Conetoe Swamp "originally extended across the lower border of the County, and by a sluggish stream emptied its superfluous waters into Tar River from the left bank, some distance below the town of Tarborough, near the line between Pitt and Edgecombe counties. There was but a slight 'fall' from its most distant point to the river, and the adjacent lands on both sides, being of the same general level, partook of its swampy nature and were too wet for profitable cultivation."  James Blount Cheshire, Nonnulla: Memories, Stories, Traditions, More or Less Authentic (Chapel Hill, UNC Press: 1930), p.23.)