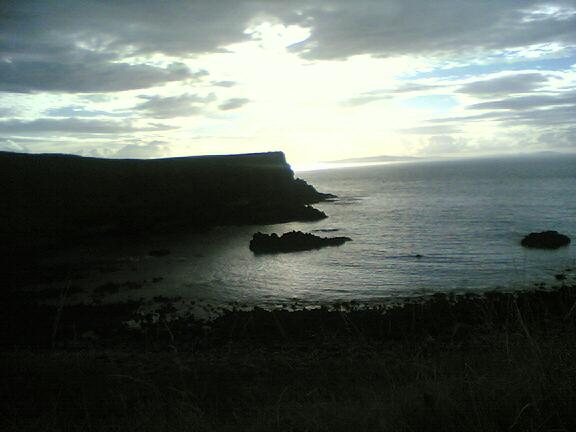 oshua Cox of Lancaster County, Pennsylvania, is sometimes identified as John Cox.  However, those who have seen Joshua Cox's original will (Lancaster Co., PA, Will Book A, p.131) believe that the signature is clearly "Joshua."

By unproven tradition, Joshua Cox is said to be the son of Sir Richard Cox (1650-1733), who was the Lord Chancellor of Ireland from 1703-1707.  However, this claim is unsupported by any evidence yet discovered and I consider it speculative.  It seems more likely that Joshua Cox and his family were among the thousands of impoverished Scotch-Irish immigrants who came to Pennsylvania during the early 1700's.  The Scotch-Irish (called "Ulster Scots" in the U.K.) were Scottish Protestants who were transplanted to Northern Ireland in the 17th century as part of a British plan to remove troublesome Presbyterians from Scotland and use them to subdue the native Irish.  The Scots hoped to find religious freedom in Ireland, but instead their lives were plagued by grinding poverty and endless conflict.  By 1776, an estimated quarter million Scotch-Irish left Ireland to seek greener pastures in America.  Most were transported as indentured servants, and once they worked off their indenture contracts, they quickly dispersed into frontier territories.  The Scotch-Irish soon became the dominant European ethnic group in many parts of the Carolinas, Kentucky and Tennessee.  (Note, originally the Scotch-Irish were just called Irish.  The term "Scotch-Irish" was invented in the 19th century to distinguish American Protestants of Irish descent from the new wave of Irish Catholic immigrants.)

Joshua Cox probably married his wife Ann Rankin in Ireland, and then immigrated with her and her family to Lancaster County, PA, around 1720.  They settled in Rathmullen Township, which was then part of Lancaster County (now part of Franklin County).  The Rankins were originally from the town of Derry, Ulster, according to some family trees that I have seen.  They were living in Lancaster County, PA, by 1728 when John Rankin donated the land on which the first Presbyterian Church in the area was built.

Joshua died in 1747.  When Ann died is not known.  She may have accompanied her sons when they migrated to Virginia around 1756.

Will of Joshua Cox

IN THE NAME OF GOD AMEN. I, being at present under some indipossion of body but in perfect use of my reason and knowing it is appointed for all men to die, I do make, this my last will and testament first, then I leave my soul to God who gave it and my body to be buried where my friends think fitt and as for my worldly goods I do dispose of them in the mannore and form following:

After pay my just debts and funeral charges, first then I bequeath and leave to my loving wife the bed whereon we have ly on and her saddle, her cloths and a young mare of three year old of a gray colour and the third of all my other goods. The other two thirds of my estate and goods I leave and bequeath to my children to be equally divided among them and if it be so ordered in Providance that any of whom dy then that ones share shall be equally divided among the rest. I do appoint that soon after my death that all my goods and estate be prised and the account taken and kept. If my wife shall think fitt to marry again that, before she marry, that what I have left to my children be secured for them. There is a gun now in my house which was given to my son JOHN in way of a gift which I acknowledge doth properly belong to him. there is also a young black mare of three years old given by Mr. COCHRAN to my daughter MARY that doth properly belong to her. I do appoint my beloved wife and my son RICHARD to be my executors to perform this, my last will and testament, I do appoint my neighbore JOHN HOLIDAY and my brother-in-law, WILLIAM RANKIN, to oversee and assist my wife as to this my last will.

This 22 of April, 1747. Signed and sealed in the presence of: Robert JORDAN and Andrew DONLAP.