, which flows south from Hillsborough to the Haw River.  Notable entries on this map include T. (Thomas) Lloyd, a prominent local resident and British loyalist; the Cane Creek Quaker Meeting House; Lindley's Mill on Cane Creek, site of a battle during the Revolutionary War; and J. (James) Patterson, who owned a tavern at the crossing of the two main roads on New Hope Chapel Hill.

Other families in the area who intermarried with the Cheeks include William Andrews, Sr., who lived on Morgan Creek and Hog Branch, and John Edwards, Sr., who owned land on Collins Creek, Ellerbe (Allabays) Creek, and Marks Creek (possibly an early name for Bolin Creek). 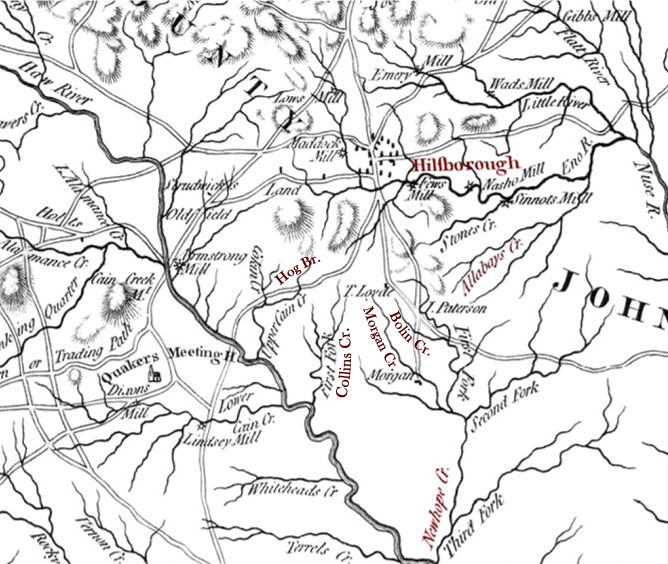 Created from the "Mouzon Map" of North & South Carolina published in 1776 in Jeffrey's American Atlas by Sayer & Bennett, London. The original map can be viewed on the David Rumsey Collection website