imrod Fender was the son of Christian Fender (Finter), who came to North Carolina from Virginia in 1768.  Christian Fender was the son of German refugees from the war-torn Upper Rhine.  See The Johann Christian Friederich (Finter) Fender Family by Leonard G. Chapel and Carolyn W. Spence.  The surname "Finter" may come from the German word Pfinzter, meaning a person from the Pfinztal or Pfinz River Valley.  According to research by the Fender Family Association, the Finters were from the town of Nöttingen, which is located on the Pfinz River in the historical German state of Baden-Durlach.  (Nöttingen is now part of the municipality of Remchingen in the Enz District of Baden-Württemberg).  The Finter family arrived in Pennsylvania about 1737, where their son, Christian, was born about 1740.

Christian Finter or Fender migrated to Culpepper Co., VA, and then to Rowan County, NC, by 1768.  The family initially settled on Dutchman's Creek in the area that became Davie County, NC.  After several years they moved a few miles northwest into Surry County, where Christian Fender obtained land on Deep Creek (present-day Yadkin County).  Descendants believe that the Fender homeplace was probably located on a branch of the South Fork of Deep Creek near Bald Knob, probably near the intersection of Road 1103 (Marler Road) and Road 1323 (Collins Road).  (View a Google map.)  Christian Fender's will dated Aug. 30, 1793, in Surry Co., NC, names his wife Mary, sons Gabriel, Nimrod, Michael, Henry and John Fender, and daughters Mary HOPPIS, Sarah Fender and Catherine Fender.  His wife Mary and son Gabriel Fender were named the executors.  The witnesses were John CASTEVENS and Henry HAMRICK.  (Surry Co., NC, WB 3, p.34A.)

Christian Fender's oldest son, Nimrod, born about 1766, was named after the Biblical hunter Nimrod, who was considered a mythic hero in German folklore.

Nimrod's wife, Sarah, may have been a Sumers, Summers, or Somers.  This is based on a biographical sketch of Alexander Beasley and his wife Frances (Fender) that appeared in History of Greene and Sullivan Counties, Indiana (Goodspeed, 1884).  The article states that Alexander Beasley "in 1828 was united in marriage with Frances Fender, who was born in Ashe County N. C., in May, 1811, the youngest child of Nimrod and Sarah (Sumers) Fender, who were natives of the Old Dominion."  The "Old Dominion" is a nickname for Virginia.

Nimrod Fender moved from Surry County to neighboring Ashe County, NC, by 1800, where he owned land on the Little River and Crab Creek near the Virginia line.  This part of Ashe County became Alleghany County in 1859.  He sold this land to Richard CHEEK in 1823.  Nimrod Fender also seems to have owned land in central Alleghany County south of Sparta where his neighbors included Daniel HOPPERS and Wendel CROUSE.  Nimrod Fender and his younger children moved to Lawrence County, Indiana, prior to 1830.

Feb. 3, 1794. Surry Co., NC. Nimrod FENDER is charged for begetting a bastard female child on Jane SPURLIN. He came into court and entered into bond with Airs HUDSPETH and Gabriel FENDER as security for the maintance of said child. Ordered that he pay Jane four pounds yearly for her support. (Surry Co., NC, Bastardy Bonds.) 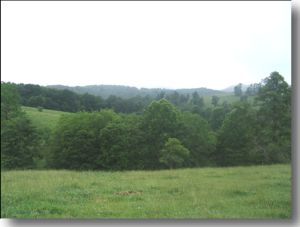 Nov. 1806. Ashe Co., NC. Nimrod FENDER and others ordered to view and lay off a road "from HAPPERSON's [HOPPPERS?] road between little river and Glad [Glade] creek the most convenient way by MAXWELL's Mill into the road from Elk Spur to the furnace & make report &c." (Ashe Co., NC, Court Minuutes.)

Nov. 12, 1824. A deed from the heirs of Daniel HOPPERS, dec'd, to James WHITEHEAD, for a tract of land on the Little River, refers to adjoining tracts of land belonging to Nimrod FENDER, Gabriel FENDER, John FENDER, & Windel CROUSE. (Alleghany DB 3:180; see also DB 1:98.)

Will of Nimrod Fender

I, NIMROD FENDER, of the County of Owen and State of Indiana, do make and publish this my Last Will and Testament revoking all former wills by me at any time made. First, I direct that my body be decently interred and as to such worldly estate as it has pleased God to entrust me with, I dispose of the same in the following manner, to wit:

I direct first that all my just debts and funeral expenses be paid as soon after my decease as possible out of the moneys that shall come to the hands of my executor from that portion of my estate.

I direct that my beloved wife, if she be living at the time of my decease, to have two cows and the one-third of all my estate and at her----dispose of the same as she may see proper and in case of my surviving her, then at my ---, I direct my executor to call two disinterested, evitable [sic] persons to appraise and value all my estate, including my household furniture and sell the same for money with a credit of nine months.

I also, direct that my executor give notice to each and all of my children, if alive and if not, representatives as herein---after directed, of the time of said sale, if convenient, if not as soon after as may be convenient for him to do so.

And I further direct that after the payment of debts and expenses, that the remainder of my estate, whatever there may be, equally divided amongst my sons and daughters, share and share alike, that this exception of my son DANIEL FENDER and my daughter SARAH BASS, each of them having already had more than their proportional share.

I direct then that the distribution be made in the following manner or order, to wit:

That my son, ABSALOM FENDER, have one equal share

and that my son, DANIEL FENDER, have the sum of $1.00, he having been advanced more than his distributive share

and that my daughter, POLLY EDWARDS, have one equal share

and that my daughter, NANCY KROUSE, have one equal share

and that my daughter SUSAN CONNELLEY, have one equal share

and that my son, JOHN FENDER, have one equal share

and that my son, DAVID FENDER, have one equal share

and that my daughter, SARAH BASS, have the sum of $1.00, she having been advanced more than his distributive share,

and that my daughter, FRANCES BEASLEY, have one equal share.

I also, direct that if any of my sons and daughters should die before the time of such distribution, the heirs of their bodies of such deceased, are to be entitled to such share as their respectable ancestors would have been entitled to receive. And, I hereby make and ordain my son, DAVID FENDER, Executor of this my Last Will and Testament.

In Witness whereof, I NIMROD FENDER, the testator have hereunto set my hand and seal, by my mark, this 31st day of January, in the year of our Lord, 1849.