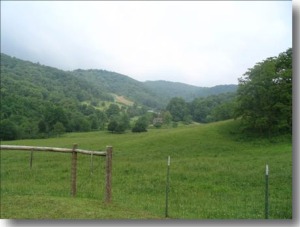 ohn Fender was probably born in Surry (now Yadkin) County, North Carolina, but his family moved to Ashe County prior to 1800.  Their neighbors included the large family of Jesse and Franky Toliver.  John Fender married Martha "Patsty" Toliver about 1812 based on the ages of their children.

The births of the first nine Fender children are recorded in Jesse Toliver's family Bible. The Bible pages were submitted with Franky Toliver's application for a Revolutionary War widow's pension in 1847.  They are preserved in Jesse Toliver's Revolutionary War pension file in the National Archives. (NARA File No. W4086).  The nine Fender children are listed as follows:

The Bible also gives the birthdates of Martha Toliver (Mar. 13, 1797), and John Fender (Mar. 13, 1794).  Although it is possible that Martha and John actually had the same birthdate, it is also possible that March 13th was used as an estimate because their actual birthdates weren't known.  The births of the Fenders' three youngest children (Solomon, Martha, and Margaret) are not listed in the Bible, or at least not on the pages that have survived.

In Footprints in the Sands of Time

Sept. 10, 1817. John FENDER witnessed a deed from Richard WILLIAMS to Jesse TOLIVER for 2 tracts of land on Glade Creek in what was then Ashe County (later Alleghany County). (Alleghany DB 15:105; copy of deed reg. in Ashe DB F:298.)

Will of John Fender

I JOHN FENDER do acknowledge my self in my right mind this my last will and testimony I bequeath to my son SOLOMON FENDER that he has a part of my land Beginning on the North side of the mountain on my corner running south to my line near A creek and the west end of my land and SOLOMON FENDER is to have the home place at my Death and MARTHA FENDERS Death and if the children cannot agree on the price of the Land they shall choose three or four men to value the land and if either of us JOHN FENDER or MARTHA FENDER should live to be an expense on SOLOMON FENDER he is to have pay out of this land for his trouble with Us CHARITY JINNINGS had her forty dollars. SARAH JINNINGS has had her forty dollars. PEGGY CHOAT had thirty three dollars of her part of the forty dollars. MARTHA CHOAT had sixteen dollars and forty cts of her part. JANE CROUSE had thirteen dollars of her part. NANCY EDWARDS has received thirteen dollars of her part. SUSANAH MOXLEY has not received any of her part. Nor FRANKY MOXLEY. N.B. that MARTHA FENDER my wife has a childs part of the estate and that the rest of the property shall be sold and equally divided Amongst the Heirs and also I appoint ALLEN FENDER and SOLOMON FENDER Executors to this Will the day and date above written.