ox is not a town, but a rural farm community in the area around Vox Road and Pleasant Home Road in northeastern Alleghany County, North Carolina.  The origin of the name "Vox" is a mystery, but it dates to at least 1900 when a Vox post office was established.  At one time the Cheek family owned a general store in Vox across the road from the Pleasant Home Church.  The Vox post office was discontinued in 1932.  Today, the closest existing towns are Edwards Crossroads and Blevins Crossroads. 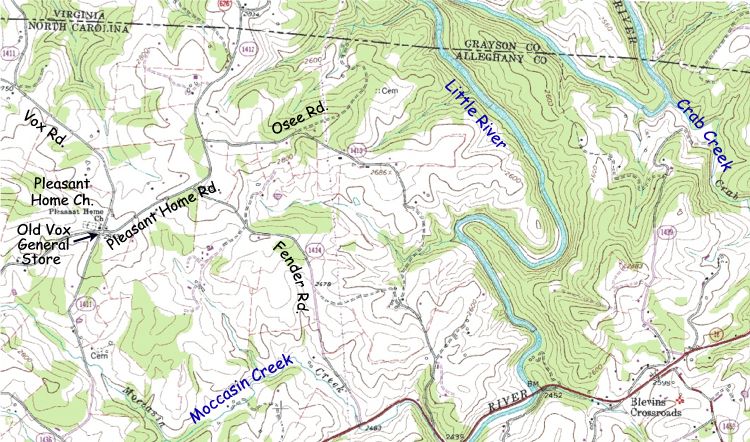